The Best Place to Mount Your Sling Mount on An AR 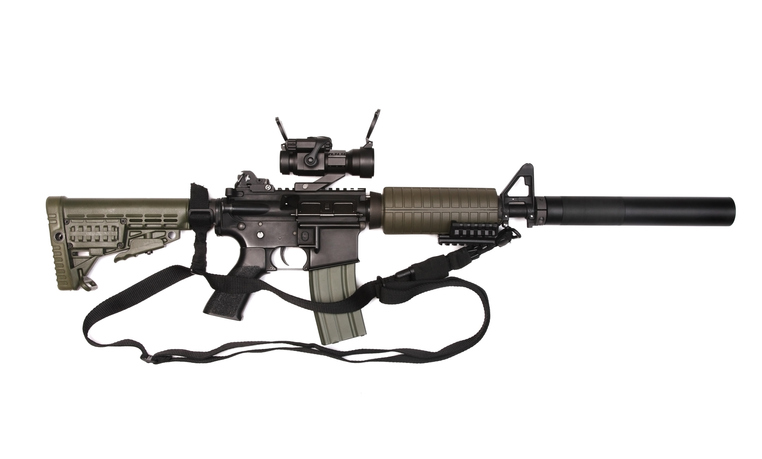 When the AR-15 was first developed in the 1950s it was created as a military rifle, and this is still its primary use. However, many people have been purchasing them as civilian rifles for hunting, sports shooting, and home defense.

These guns are known to have a variety of mounting points for scopes and sights, but what about slings? This article explores the most reliable places to mount a sling on an AR-15.

But before we proceed, let us have a quick look at what an AR sling is and its basic parts.

What Is An AR Sling And What Are Its Parts?

An AR sling is a strap that runs between the barrel and stock of the weapon that allows the shooter to easily carry the rifle. It’s more like a holster for a pistol that enables the shooter to use their hands freely. Irrespective of the type of sling you use, they all have three basic components.

What Are The Type Of Slings Available For An AR?

There are three types of slings available for an AR.

As the name suggests, single-point slings attach to the rifle at a single point and wrap around the user's body, allowing the rifle to be easily accessed and transported when needed. The single-point sling is attached to the AR near the rear sight. This allows the shooter to quickly transition the weapon to the front of their body. Double point slings are a type of sling that attaches to the AR at two points, typically the front and rear sling mounts. The advantage of using a double-point sling on an AR-type rifle is that it allows the weapon to be quickly and easily brought into a firing position. It also helps to keep the rifle steady while shooting, which can help improve accuracy. Triple point slings are a type of sling that is specifically designed for use with AR-15 rifles. They provide a more secure and comfortable fit than traditional slings. These slings have two points of connection with the AR and a third point where the loop connects again.

The Three Mounting Location for Sling Mounts on a AR 15

Mounting locations on a rifle are of utmost importance for the shooter. The location of the mounting point will affect the rifle’s balance, as well as its accuracy and handling.

There are three mounting locations on an AR

Front mounting points are located in front of the trigger guard at a distance from 1/3 to 2/3 of the length of the rifle. It is a popular choice because it allows for easy access to both hands without any interference with one another while shooting.

Side mounting points are located on the sides of the rifle and allow for extra control in handling the weapon, but they offer less support when shooting from the shoulder. They can be divided into two types:

Now that we have discussed the various mounting locations for sling mounts on an AR, let us have a look at the hardware used to mount it.

The different Types of Attachment Hardware

The buffer tube end plate is a small, but important piece of the puzzle that helps keep your sling functioning properly. It helps to keep the sling in place and prevents it from slipping off of the buffer tube.

It is a basic arrangement made from a plastic carabiner-type hook that can be easily clipped to the mounting ring.

A Quick-Detach Connector offers the shooter the advantages of the Swivel Loop & Stud design. The quick-detach connector in the AR 15 sling makes it easy to switch between slings without having to remove the connector. This connector can especially come in handy in the field where shooters have to change the way they carry their weapons based on the situation.

The Best Place To Mount The Sling In An AR

As with all AR customization, the best place to mount the sling is entirely a personal choice. A choice that has to be made based on personal preference and situations. Some people prefer to have a front sling mount so they can quickly switch the sling from one shoulder to the other.

Our advice? Choose the location that best suits your needs!

We hope you found this article helpful. So the next time you mount a sling mount on your AR, choose the place that best suits your requirements. If you are planning to upgrade your sling or sling mount, feel free to visit us.