Everything You Should Know About Blast Shields 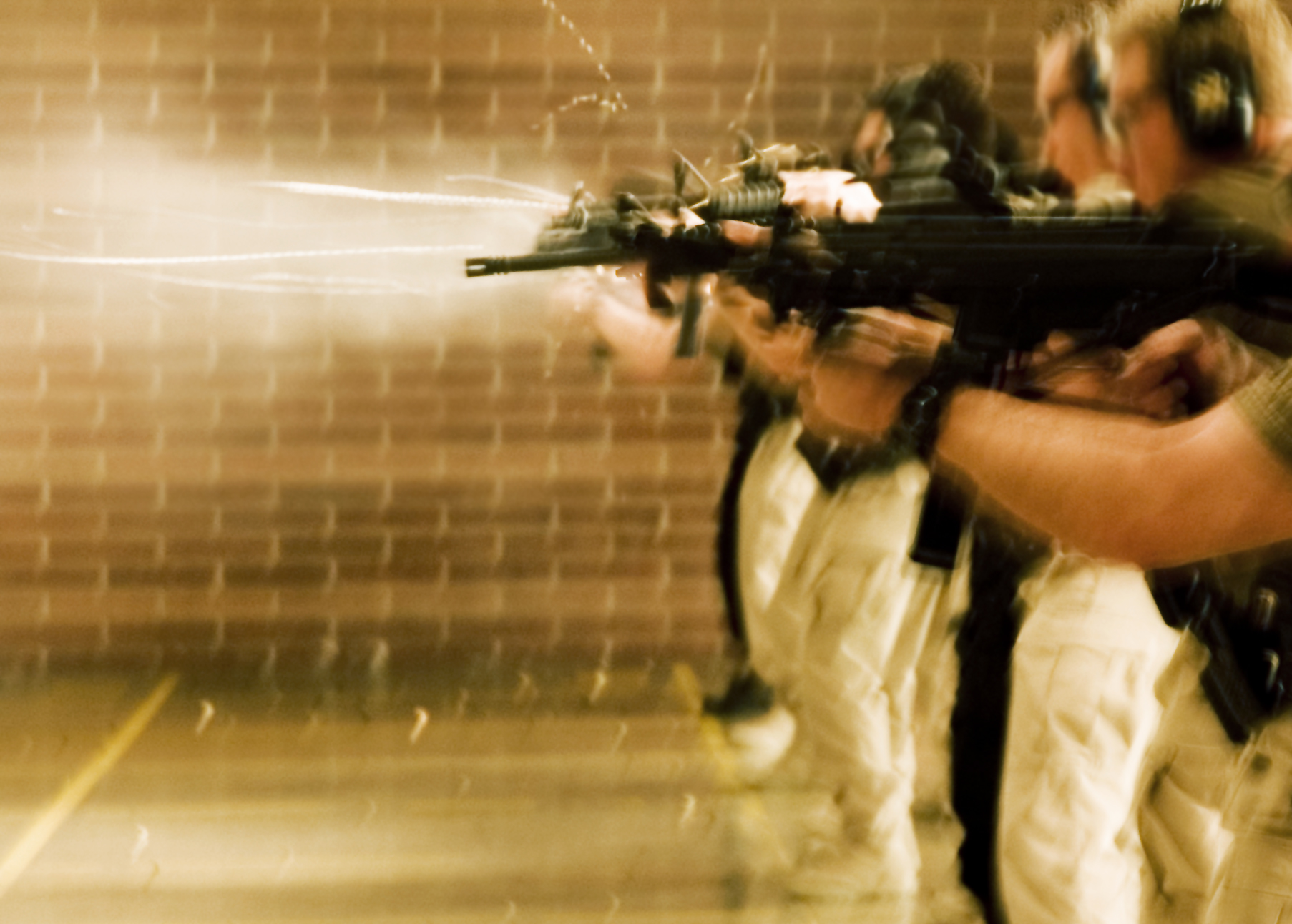 When people outside the world of competitive shooting hear the term “blast shield,” their minds almost certainly turn to science fiction. Diehard fans of Star Wars Episode IV: A New Hope may recall it as the name of the sight-blocking helmet visor that Luke Skywalker uses for his Force training. Others may think of force fields protecting the Enterprise from enemy laser attacks, and similar fantastical scenes.

However, blast shields are more than a made-up gizmo from zippy pulps and space operas. The term also applies to an accessory designed to help shooting professionals deal with the all-too-real physics and effects of firing an AR rifle. It may sound fictional, but it truly can be as good as it sounds. As we will show you in this article, any rifle user, professional or recreational, can benefit from the device actually known as the blast shield. 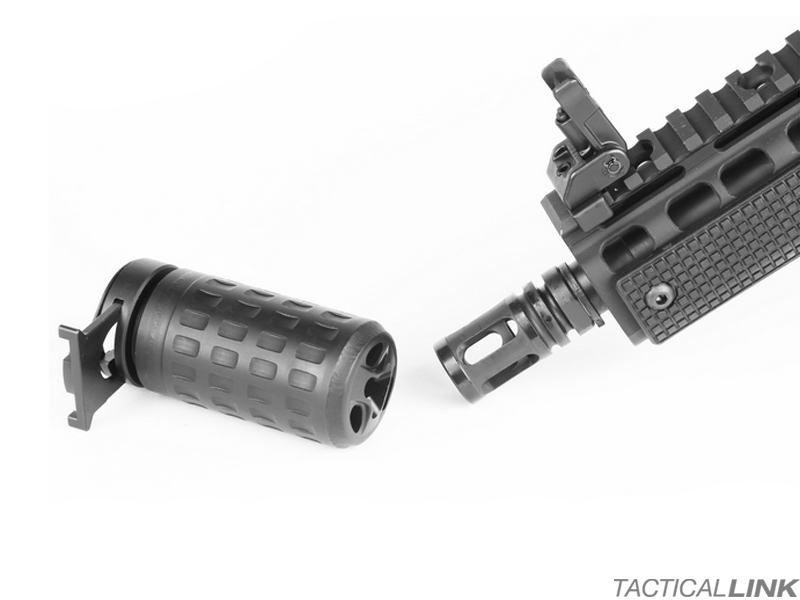 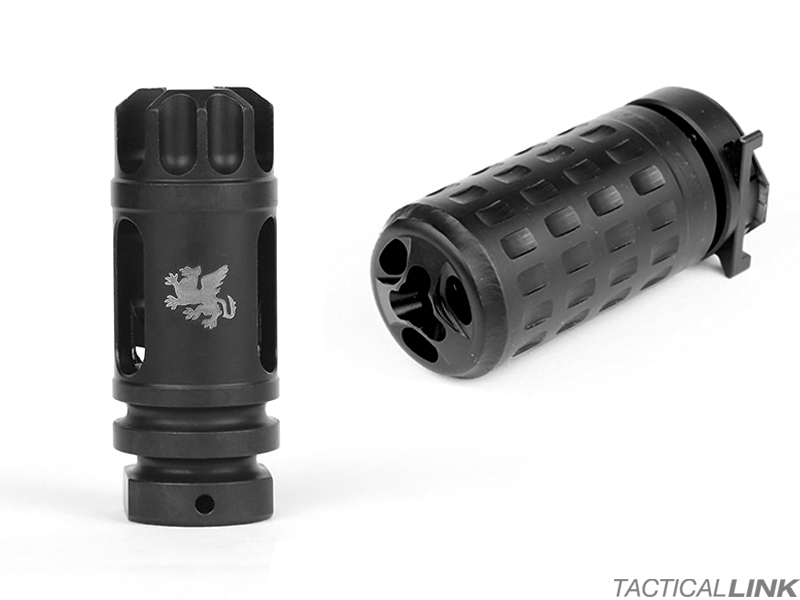 What is a Blast Shield?

Without dancing around the details any further, blast shields are another name for muzzle blast control devices. That is the term that Ballistic Magazine uses in their article on the subject, though they acknowledge that “there isn’t even a uniform name for them yet.” This accessory is simply that new. Before rather recently, you would have been right to assume that the invention was only science fiction.

The Physics and Physical Effects of Firing a Rifle

What actually happens when one fires a rifle is not really common knowledge. People who have only fired them in video games and daydreams are, in all likelihood, only familiar with the concept of recoil. In truth, there are more powerful physics at work than that kick backwards. If you want to see for yourself, fire the rifle next to a bush and watch as the leaves appear to vegetate. Alternatively, fire it an inch off a dirt patch (point the muzzle perpendicular to the ground) and see the hole that starts to form.

As for what those forces are, first you have the shock waves, byproducts of the firing process. Propelling a bullet with a small explosion can unleash some intense forces, and rifle designers must devise ways to counter and redirect those forces. One measure could be releasing gases that push the muzzle down in an effort to balance the forces and reduce the recoil.

On top of that, there are the sensory effects. For sound alone, there are the bang of the rifle blast and the boom of the bullet breaking the sound barrier, right by your ears. You also get the smell of the fried gunpowder, the gases, and the heat produced by the burst. All of that happens at once when you pull the trigger. The forces alone can cause headaches, but everything else coming with that can be overwhelming. This may be especially true for novices, the young, and the elderly — and especially if the gun in question is a powerful rifle.

What Blast Shields Do

There is really no way to completely remove the effects of firing a rifle. You cannot fully smother the noise or totally cancel out the concussive forces. That goal remains in the realm of science fiction (and action movies that take creative liberties). What engineers can do for rifles is to design the gun with tricks that redirect all of those forces and byproducts away from the user.

Enter the blast shield. It may resemble some kind of sleeve, but this state-of-the-art technology is more complex than it appears. When you attach it to the muzzle, it will take all the forces bursting from the sides of the rifle and convey them forward. It can even do that with gases, heat, and sound. The difference this device can make is massive: lower risk of sensory overload, fewer headaches, and a more comfortable experience overall.

Additionally, professionals and professionals-in-training may have already noted that all the factors reduced by the blast shield are factors that can throw off their aim. The applications to hunting, competition, and target shooting should be clear. 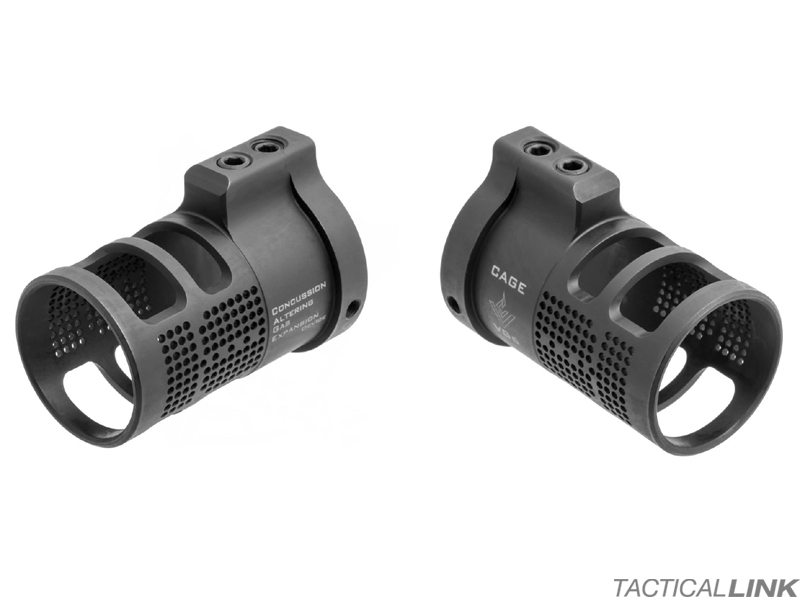 Protection for Yourself and Others

Skeptics may believe that they do not really need the blast shield for themselves. They may already be accustomed to the impact and aftershocks of firing rifles and strategize accordingly — something that requires a great deal of effort and practice. They may also use certain equipment to offset the effects and keep their balance — including headphones, silencers, and various kinds of muzzle brakes.

As effective as these measures may be in protecting the rifle, they may do little to protect the people within their vicinity. Many shooting competitions place the contenders side by side, and people often position themselves similarly in more recreational group activities. With the concussive forces and everything else bursting out of the rifle on all sides, the people next to you may feel more than they would like. This fact means that you will want to equip a blast shield not just for yourself, but also as a courtesy to those around you.

It can also be a matter of good sportsmanship. Anyone with an “if not equipping this can disadvantage my competitors, I’ll do what it takes to win” attitude should be more careful and self-aware. They may, ironically, find themselves hoping that their colleagues are extending them that courtesy.

The blast shield is nothing short of a remarkable innovation in the battle against the laws of physics. This invention can help you master your rifle and achieve a level of accuracy and comfort you may not have known was possible. When you try it out, you will wonder how you ever went without it.

Here at Tactical Link, we strive to stay on top of the latest changes in rifle technology and provide everything a pro might want. Naturally, we offer blast shields for AR-15 and AR-10 rifles from such high-quality manufacturers as 2A Armament, Griffin Armament, Lantac, and VG6. You can also find related items like concussive reduction systems for AR-15s. Check out our selection and discover the benefits for yourself.