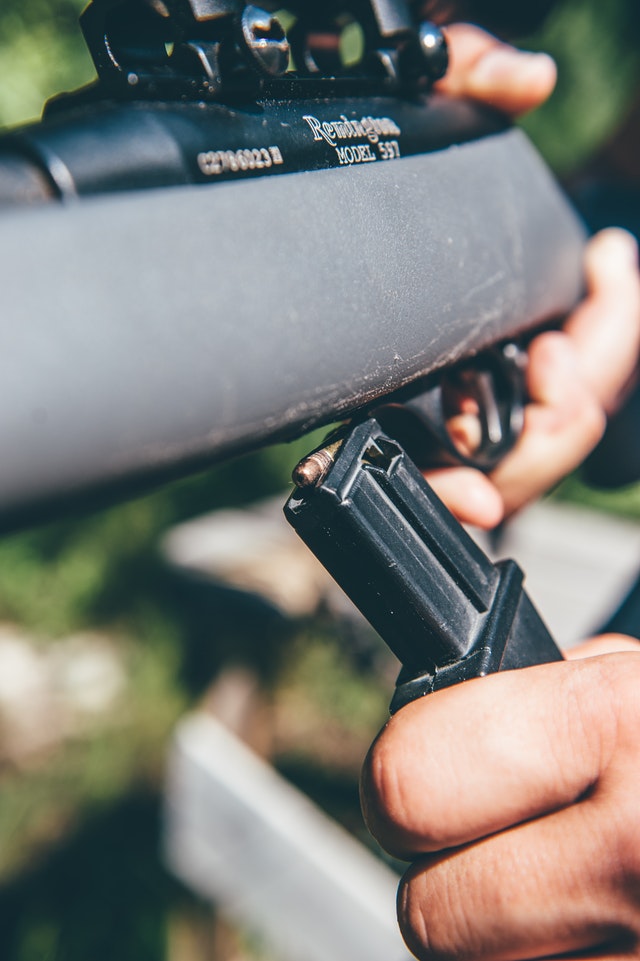 Investing money on a concealed firearm and properly maintaining isn’t everything. It is also essential to have the right ammo for the right scenario, for your gun to function the way it is supposed to.

Selecting the right ammunition for a firearm isn't easy. Especially when there are a lot of variants available in the market.

So, what are they? How different are they from one another? What are the differences between the two? These are some of the questions we regularly encounter and that prompted us to write this blog post.

This article will discuss the difference between target ammo & hollow points, and will also help you choose the right ammo for the right situation.

What is Target Ammo?

As the name suggests, Target Ammo, also known as Full Metal Jacket (FMJ), is designed to be used in the firing range for target practice.

Target ammunition generally have their core made out of the soft lead, encased inside a shell made up of hard metal. These bullets are specifically designed to have greater penetration capacity and are also capable of maintaining their trajectory.

What is Hollow Point Ammo?

As the name suggests, hollow point ammunition has a hollowed-out center that is designed to let the bullet expand upon hitting a target to maximize the damage.

Once the bullet hits a potential attacker (target), it deforms and transfers almost all of its kinetic energy into the target, causing severe injuries that stops the attacker from advancing towards you. Since most of the bullet's energy is transferred to the target, there are no over-penetration risks making it ideal for home defence.

Compared to target ammunition, hollow points can cause a much larger wound channel in an attacker. Owing to these reasons, hollow points are the best option for home defence & hunting.

Now that we have discussed what hollow points and target ammunition are, let's look at the differences between them.

Right from the material used to its design & cost, there are a lot of differences between hollow point & target ammunition. And you can't expect to use one instead of the other as they are both designed to serve specific purposes:

Hollow point ammunition are way too costlier than the target ammunition. This is because a lot of research goes into the development of hollow points than target ammo, and even the steps involved in their production differ.

As said earlier, hollow point ammunition are primarily designed to be used for self-defense. The last thing you would want in a life-threatening situation is your ammo failing to be effective.

Manufacturers of hollow point bullets consider many factors such as expansion and penetration characteristics, consistency of velocity, and quality of primer being used.

Compared to the hollow points, target ammunition do not use a high-quality gun powder because they are not designed to travel with constant velocity. Owing to which they tend to have lower recoil than hollow points.

Which explains how target ammo helps in improving the accuracy of your rifle.

Which is the best ammo for shooting & range practice?

For shooting and range practice, target ammunition is the best.

Target ammunition is made out of a soft core of lead, encased in a harder metal shell that helps them better maintain their composure and trajectory than hollow points. This is something that can come in handy when firing your weapon in shooting ranges.

Also, target ammunition does not create significant damage to the target because they don't deform upon hitting the target. Instead, they are designed to penetrate the target.

Which is the best ammo to go hunting with?

While target ammo is obviously the pocket-friendly option, we recommend you use a hollow point on grounds of efficiency.

Keeping aside the cost, hollow-point ammunition is the best option for hunting because they are designed to cause serious damage to the target. As said earlier, hollow points are capable of transferring their kinetic energy into the target quickly, killing or incapacitating it instantly.

When choosing ammo for hunting, the key is to get ammo that is powerful enough to ensure an ethical kill. You don't want to let the animal suffer neither you want to risk getting attacked by the wounded animal.

So yeah, you should choose hollow points over target ammo for hunting.

Which is the best ammo for self-defence?

When it comes to self-defence, you want ammo that can quickly stop or avert a threat to your life or your family's. The best way to go about it is to fire a bullet that can impact the target with a lot of energy and cause the greatest amount of damage.

These are some of the significant differences between hollow points & target ammunition. As said, both  these ammunition are designed for unique purposes, they key is to choose the ammunition that suits your requirement the best

To conclude, use target ammunition while in range & use hollow points for self-defence!

Feel free to visit our website for other genuine accessories for your rifles, or if you have any queries, you would like us to answer.