Everything you need to know about the Bolt Carrier Group (BCG) 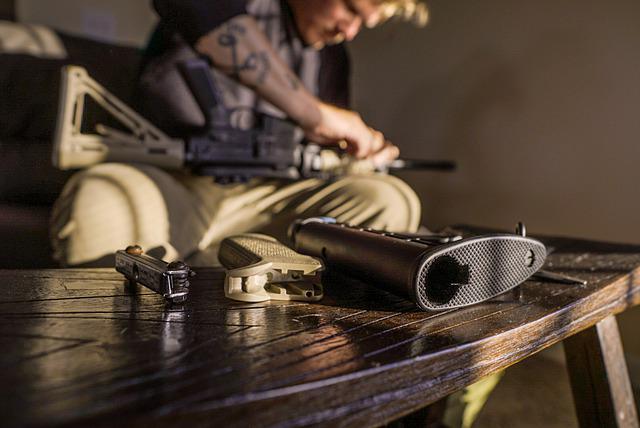 The AR-15 Bolt carrier Group also termed “BCG” is a component of a rifle or a pistol that performs semi-automatic functions when the trigger is pulled.

There are certain steps that the BCG follows before it starts functioning.

The steps are as follows:

These are the four steps that occur in the cycle and once the trigger is pulled by the shooter. The two major steps in this cycle are chambering the new round and cocking the hammer which allows for the cycle to be fully automatic.

The BCG is a locking and rotating bolt mechanism located inside the firing chamber. It is practically locked inside the chamber. The working of the BCG occurs when a sufficient amount of pressure is applied which forces the bolt to rotate and unlock.

How do the BCG works?

When a bullet is fired gas is produced in the chamber, and the BCG uses the same gas to perform the above-mentioned functions. There is a gas tube that connects the gas port on the barrel to the gas carrier key and the BCG.

With the help of the key, all the high-velocity gas which is formed post-firing is snubbed in the body of the BCG. Once the BCG is filled with the gas it unlocks and drives itself back into the buffer tube which compresses the buffer as well as the buffer spring.

Once the buffer spring is compressed the tension created by the BCG allows the spring to explode pushing the BCG back into the upper receiver. This pushing of BCG or re-expansion of the Buffer spring allows the bullet shell to be thrown out of the pistol/rifle and enter a new round in the chamber.

The interesting part is that the entire process takes only a “second” which is much more efficient than a Bolt-Action rifle. To perform the semiautomatic function the BCG has to perform many actions. Many parts work rapidly and in harmony allowing the rapid semi-automatic firing to occur.

The parts are as follows:

The carrier has all the parts meaning it has to absorb all the gas, the force, and the heat which is produced once a shot is fired imagine the pressure which is created inside the carrier. To sustain the pressure, and heat the Bolt carrier is made from three different types of steel: Carpenter No. 158, 9310 Steel, and 8620 Steel.

The gas key or also called the Carrier key is a tiny protrusion at the top of the bolt which allows the gas to come into the BCG from the gas port which is connected to the gas tube which contains the gas.

The Bolt and the extractor have their functions, but they have to work in unity. The Bolt features itself as a “star” at the front. It takes the shape of a cog, which allows the BCG to lock and unlock inside the Star Chamber. The rotation of the bolt is approximately 15 degrees.

As the name suggests the extractor is responsible for extracting the fired bullets shell from the chamber. It captures and then pulls the shell out of the Star Chamber. Once this is done the extractor spring pushes the used casing to exit via the upper receiver and at the same time, the BCG gets back in the buffer tube.

The bolt gas rings are used as a trap for the expansion of the gas. Once the gas is trapped it helps in operating the bolt and not just vanishing in the upper receiver.

The Firing Pin is an internal part of the bolt which stays inside the bolt. Its head barely pokes out from the head of the bolt, which is situated next to the ejector.

Once the trigger is pressed the hammer gets released and then it flies up into the carrier and hits the back of the firing pin. Once the hammer hits the head of the pin the pin pushes the primer of the round which is held by the head of the bolt and finally, the bullet is fired.

The firing pin has to move freely back and forth in the BCG so it gets enough force and velocity to strike the primer. But there’s a catch if this back-and-forth freedom of movement is not limited then the pin would fall.

To stop the pin from falling down the carrier, a small retaining pin is inserted from the side of the carrier.

The cam pin is designed with a hole in it so that when the firing pin starts its movement it can slide through the cam pin conveniently. This hole ensures that the cam pin is functioning properly and doesn’t fall out.

It also allows the cam pin, firing pin, and bolt to rotate and work in harmony.

If you want to know more about AR Rifles and need parts like magazines, tactical slings, sling mounts, etc., accessories, or Ammo, feel free to visit Tactical Link. We have a variety of brands and products available on our website.