AR handguard: What is it and why upgrade it for your rifle? 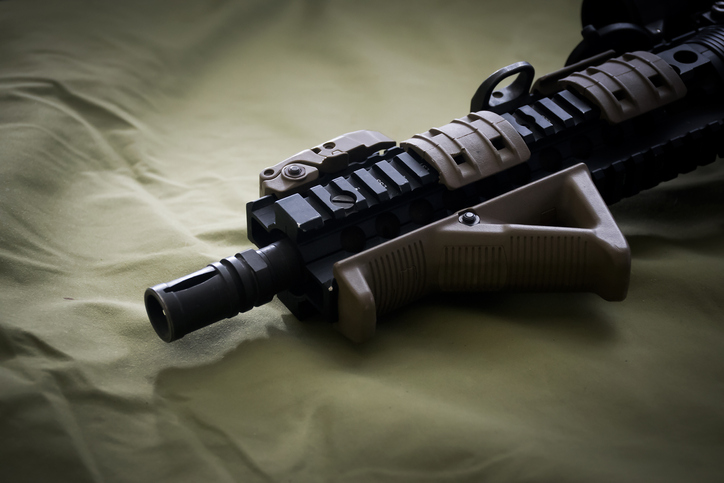 All rifle enthusiasts and target shooters have a favorite machine on their wish list. Some prefer sporting machines for that extra robustness, while others have a liking otherwise. One such popular rifle which is most likely to top the list of most rifle and shooting enthusiasts is the all-time high performing and a user-friendly AR-15 rifle.

Regarded as one of the most popular rifles to date, the AR-15 rifle has recently gained immense popularity particularly owing to its highly customizable feature. As it has been subject to several changes over the years, it is equipped with the ability to upgrade itself from time to time, making it a ‘must-have firearm’.

Customizing the AR: The role of AR handguard

When it comes to personalization or customization of the AR-15 rifle, the AR handguard is the most experimented with. Different AR handguard types are available in the market which is highly preferred by different sets of riflers.

From plastic to more sturdy materials, these AR handguards types offer better performance and overall robustness to the machine. The greatest plus point is that one can mount items such as grips, flashlights, and lasers on their handrail with great ease. The upgrade process is easy, quick, and quite useful. Most people do these upgrades at home themselves.

However, when the traditional (and expensive) rail systems and free-float handguards were first introduced in the market, they received a rather slow-moving response owing to their relatively higher costs. In fact, their demand and use remained restrained amongst the military, law enforcement, and competitive users.

Today, every rifle enthusiast is searching through online markets to find the most trustworthy source to upgrade one’s AR-15 handguards to a rail system. The good news is that a large number of manufacturers offer quality rail systems standard options. In most cases, you can easily upgrade your AR with one depending on your skill level. Also, an integral factor to consider is the type of rail system purchased (as mentioned in sections below).

Most people decide to upgrade their existing AR handguard when it currently does not have a previously installed rail system in the machine. In such cases, they have the option of selecting from a free-float or non-free float rail for their rifle.

Wondering what the difference is between the two popular AR rail systems?

The free float rail never touches the barrel and is more stable. This characteristic improves the accuracy of the rifle multifold owing to the barrel harmonics. Barrel harmonics refers to the action of the barrel whipping, contorting, and torquing.

Let’s understand the two AR handguard types in a little bit more detail before we move on.

To remove the factory handguard for installing drop in rails, you must start by carefully pulling back the slip ring until the rear. The new rail must be installed in the reverse order as opposed to how you just removed the original one. The front part fits under the handguard end cap. The final step is to smoothly pull the slip ring back to align both sides of the rail.

The free-float rails are best installed using special tools by a certified gunsmith at a gunshop. The process of installing a free-float rail starts by removing the barrel nut or barrel itself (in certain cases) and then, clearing off the barrel path with a muzzle device.

Next, we move on to the different types of rail patterns and designs available in the market.

Most typically, there are 3 major types of rail systems:

All of the 3 main designs are found to use interface systems for mounting sights, optics, accessories, etc.

Rail systems are considered a wise option for rifle enthusiasts, target shooters, competitive users looking to upgrade and “modernize” their AR rifles. The process involves easy mounting (mostly can be done by oneself, or going to a gunshop) of the associated accessories such as lights, lasers, and grips.

Rendering your rifle with extra stability, smoothness, and reliability, the AR handguard upgrade seems a great decision. The overall performance improvement will eventually depend on the shooter's grip capability and expertise in shooting stance.

This is to say that just upgrading the AR handguard will not make you a better shooter or win you competitions, you must hone your shooting skills for that. Post-installation, get set to train yourself in advance shots, enhance your accuracy and impress all by hitting the bull’s eye!

So if you too are looking forward to upgrading your favorite modern-day, sporting rifle - the AR-15, have no second thought and get going!

Tactical Link - The place to be!

Tactical Link poses itself as the region's leading and most trusted one-stop shop for the latest handguards, rail systems, grips, accessories, tactical slings, and mounts, etc. for your AR rifles. The brand offers a wide range of parts and accessories for all the popular mounting platforms including MLOK, Keymod, Picatinny Rail, and many more.

Great products from the industry-leading manufacturers are what you will be offered here. If you are seeking to upgrade your existing AR handguard for a wonderful shooting experience ahead, head straight to Tactical Link, right here: https://www.tacticallink.com/ar15-rail-systems.html
SHARE THIS POST
Previous Post
Next Post