Everything you need to know about compensators 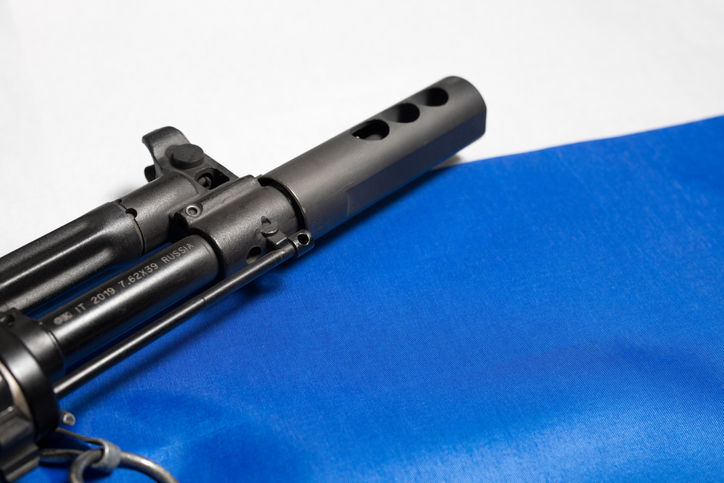 If you’re looking to go to the range this weekend, you might want to up your game with a compensator. What is a Compensator? What does a compensator do? And, is it a good addition to your rifle? Is there any pro to using it? Or is it just another gimmick for your AR 15? Let’s dive into these questions and find the answers to state the AR enthusiast in you.


What is a Compensator?

A compensator, often mistaken for a muzzle break, is a device connected to the barrel, or a muzzle of a firearm. They “compensate” the rise of the muzzle, the “kick-up” that you feel after taking a shot, something that can ruin your subsequent shots. Like the muzzle controlling the recoil, a compensator subsides the gun’s upward rise.


What does a compensator do?


When you shoot, the chemical reaction creates a small explosion. Even though controlled, this explosive power is enough to give your gun a forceful upward kick when you shoot.


Why does this happen? The answer to this is simple: it is a reaction borne from shooting.


When you shoot, the reactional coil directly backwards on the bore axis and counters the forward push the hands below it. As a result, after you shoot, the gun goes up.


And for the bullseye enthusiast in you, the chances of your next shot hitting the target goes down.


Enter the compensator. It is a device that goes at the end of the barrel. It has one goal – to redirect the gases borne out of that explosion and redirect them in either direction or all of them.


It does two things for you.

Simply put, for assault rifles, compensators are like real-life aim assist. The best compensators can maintain the flow of your shooting when you fire repeated rounds.


How is a compensator different from a muzzle break?

Whatever words we have used to explain the compensator can just as easily be used to describe a muzzle break. And it is the reason many innocently mistake one for the other.


But they aren’t wrong in their assessment, for the difference in the tasks that these devices perform aren’t many, but one.


The muzzle break suppresses the recoil, while the compensator suppresses the upward rise. Both of these devices redirect the gas from the combustion to keep the aim as steady as possible.


However, you can find other differences between the two. And they stem from their working principle.


The most reliable compensators can hold your aim steady even during repeated shots – allowing you to take follow up shots to be precise.

In simple terms, it will help you shoot faster.

So, that’s it when it comes to the difference between a muzzle break and a compensator.


Now, let us look at this device objectively by looking at its pros and cons.


Advantages to gain from a compensator

When you attach a compensator to your assault rifle, you will get feel the following benefits right away:

Disadvantages of a compensator

The following reasons might make you think twice about getting a compensator:

Compensators will give you an edge if you want your repeated shots to hit the target. And, the device as a whole can be a game-changer for some. However, it will make your gun a bit extra noisy. So, make sure that you have a suppressor by your side as well. The reduced sound, coupled with the combination of fast rounds, will truly give you a gifted day at the gun range.


So, are you looking for a good compensator for your Assault Rifle? Click here to check out our best deals.